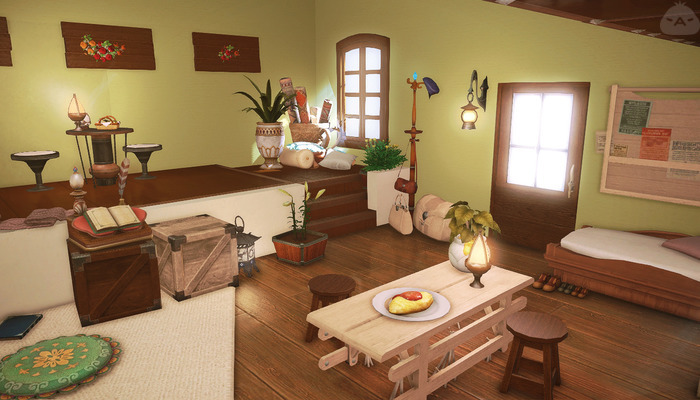 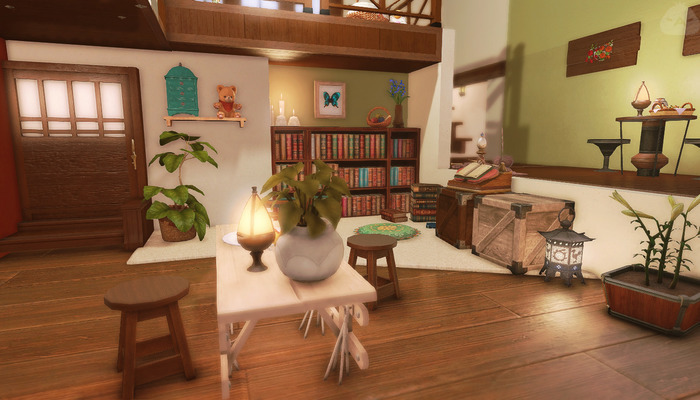 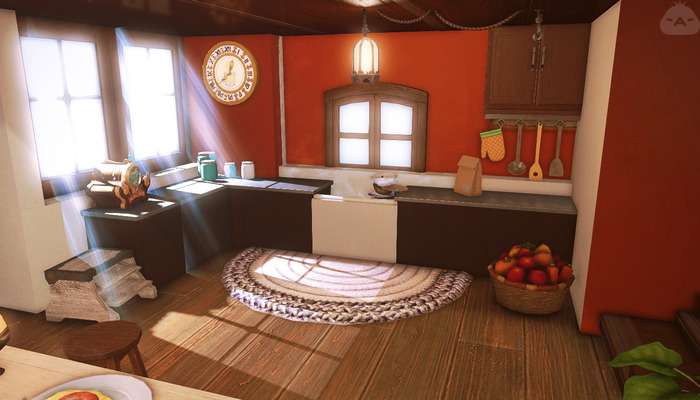 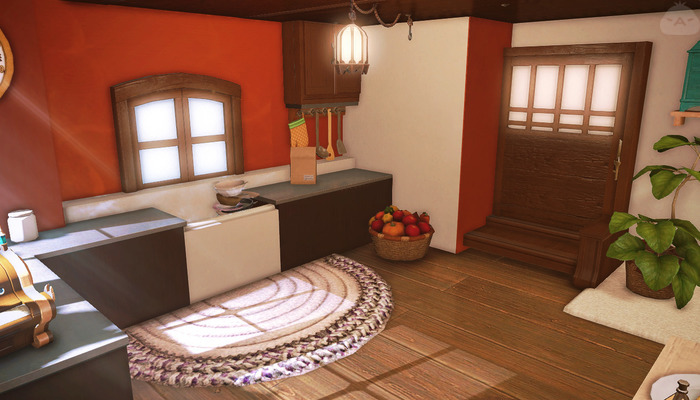 Commission made in a cottage on Diabolos for a very sweet person. They wanted a place that allow role play and suit the character that lives in here. She [the character] is a person adventurous, carefree, irresponsible and messy sometimes. She is an impulsive adventurer but very kindhearted, the house would have been a total mess if her friend didn't come over often and clean up. She like greens and hot brown woods.

Since the owner is a Lalafell, i tried to make every thing lala-sized, but do not worry if you are interested in visiting the house : anybody can enter it. I had so much fun designing this place, the description of the character helped me so much to create a place that would suit the owner. I tried my best to make the place "disorganized-organized" and i think it is a great success, in my opinion. 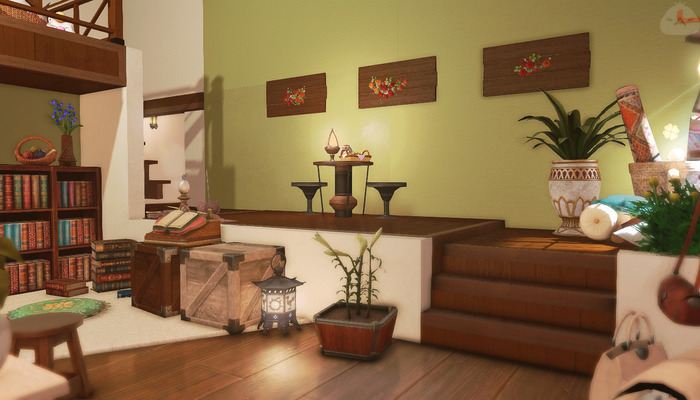 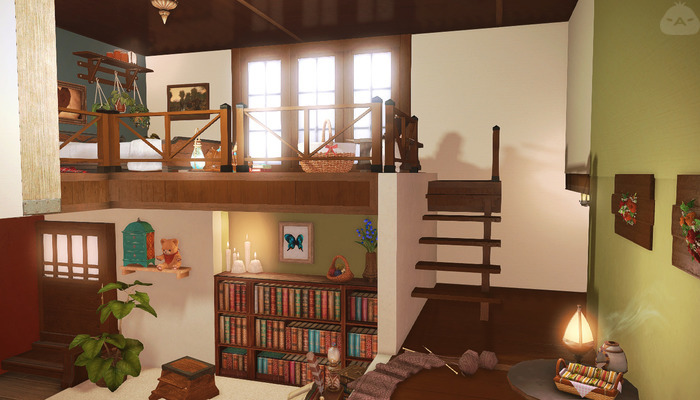 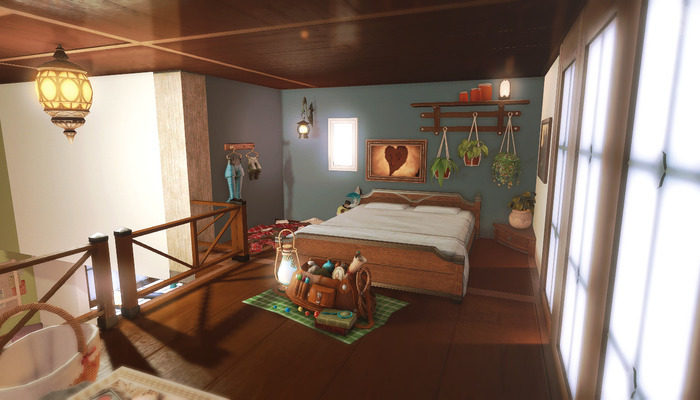 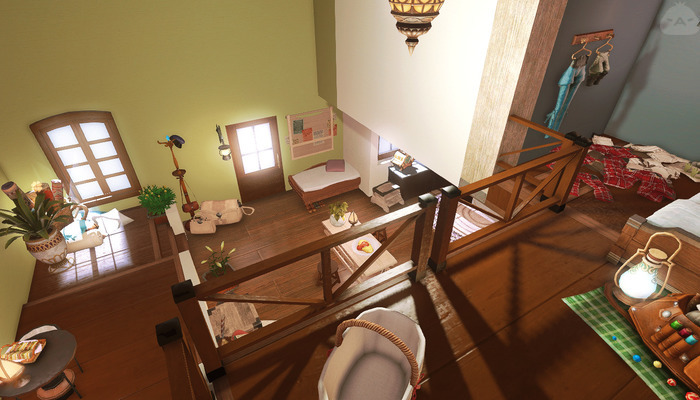 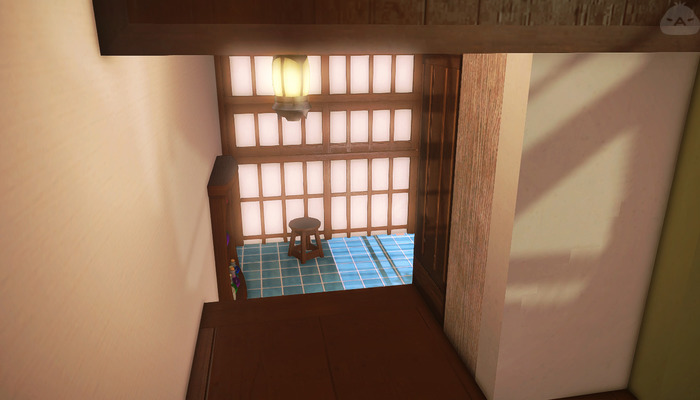 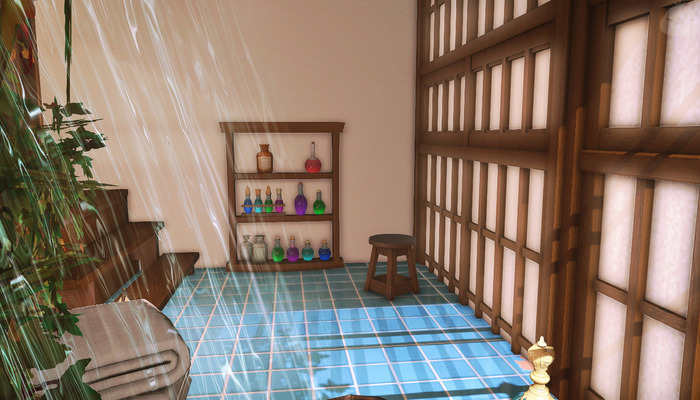 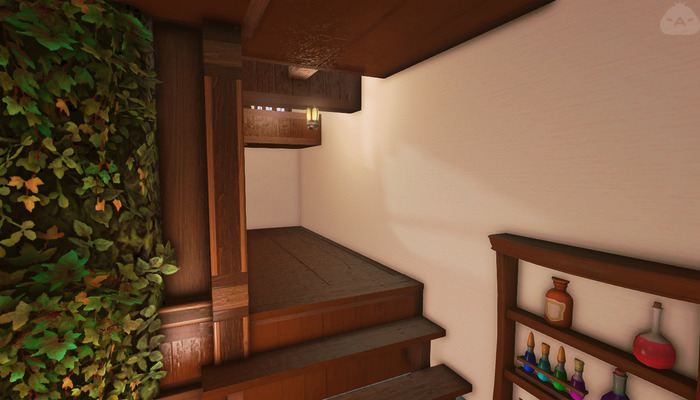